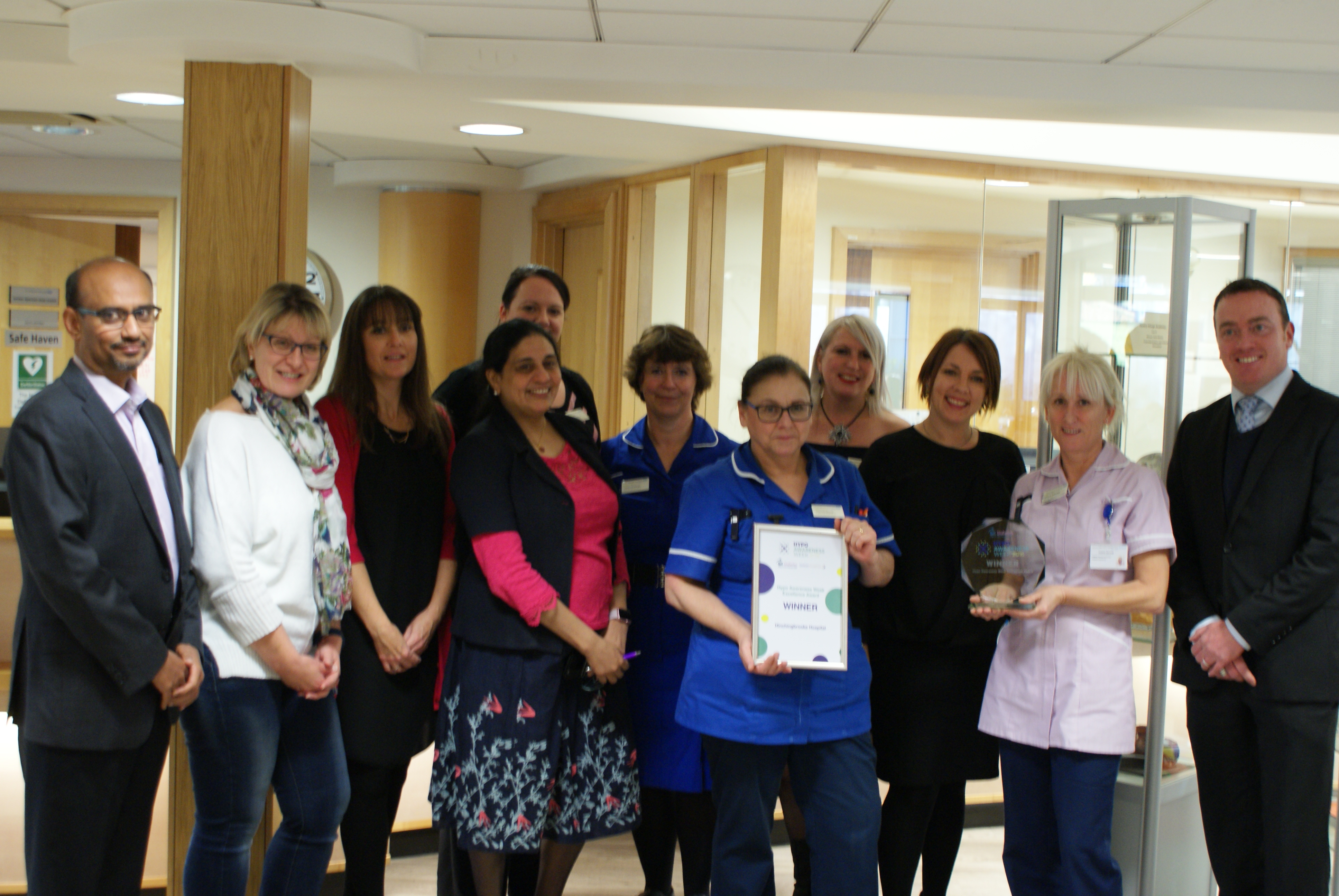 Hinchingbrooke Hospital has won a prestigious national award for raising awareness of a complication of diabetes.

The hospital has been presented with the Excellence Award for its management of a “significant campaign” during Hypo Awareness Week, which highlights hypoglycaemia where blood sugar drops below normal levels.

The team was praised for its “commitment to reduce the number of hypos and severity of incidences for patients”.

Hypoglycaemic events known as hypos occur when glucose in the blood falls to a low level, and symptoms can include drowsiness, sweating, trembling, hunger, confusion and unconsciousness.

A total of 136 hospitals and medical centres across the country took part in the campaign, sponsored by Sanofi, which took place between 3 and 9 October.

The passion, dedication and innovation displayed by Hinchingbrooke during Hypo Awareness Week were exceptional, Becky Reeve, Head of Professional Relations at Sanofi

Sue Sequenza, Lead Diabetes Specialist Nurse said: “We are absolutely delighted to have been selected for the National Hypoglycaemia Awareness Excellence Award.

“Last year we were proud to have been selected for a commendation and our submission was used as a case study. This time we worked collaboratively with our colleagues throughout Hinchingbrooke Hospital to make the Hypo Awareness week a total success.

“This is a testament to both the diabetes team and our fellow colleagues at Hinchingbrooke Hospital for their hard work, drive and determination and their commitment to patient care.

“We are confident that our hard work and efforts are making a difference in raising awareness in the recognition and prevention of hypoglycaemia.”

Becky Reeve, Head of Professional Relations at Sanofi, said: “The passion, dedication and innovation displayed by Hinchingbrooke during Hypo Awareness Week were exceptional.

“The team showed a real commitment to go above and beyond to ensure important messages about hypoglycaemia were communicated. They obviously care a great deal about what they do and the patients that they look after. We applaud their efforts.”

The diabetes nursing team also manned an information stand in the hospital during the week.

The judges were impressed with Hinchingbrooke’s efforts to promote awareness throughout the entire hospital and its open door policy giving other staff direct access to a Diabetes Specialist Nurse. Wallet-sized cards produced for staff and patients, giving details on identification and treatment of hypos, were also praised by judges.

Excellence Award judge Esther Walden said: “The award gives us the opportunity to showcase, promote and reward innovation and excellence during the annual campaign – and Hinchingbrooke team fully demonstrated these qualities in abundance. They excelled in raising awareness of hypoglycaemia during Hypo Awareness Week, going above and beyond and demonstrating a remarkable commitment.”

Fellow judge Simon O’Neill added: “Congratulations are well deserved. I think it’s great to be able to give awards out like this, as so often nursing teams don’t get the recognition they deserve for all the extra work they put in to really improve care.”